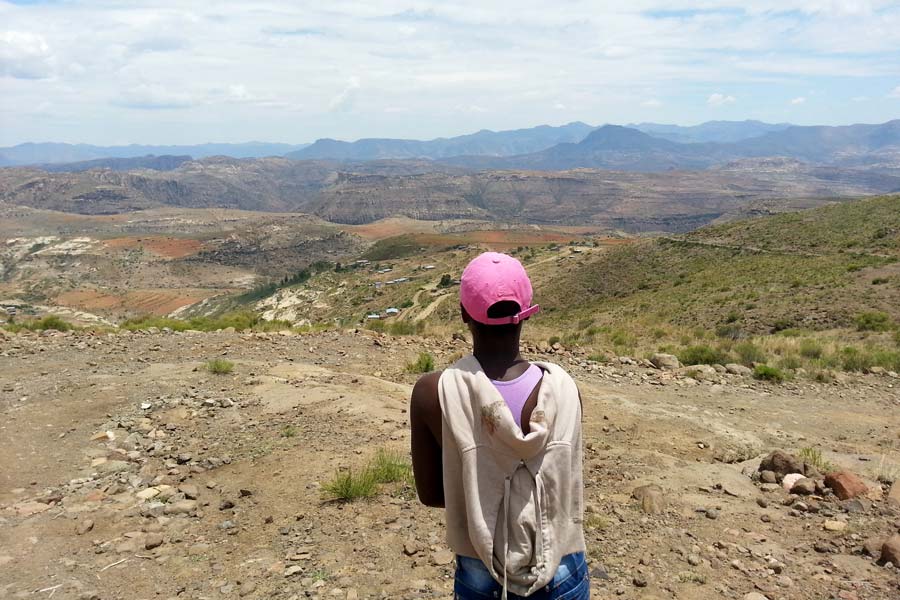 After losing both of her parents, Mamello suffered many years of chronic trauma under the care of her abusive grandmother. Local authorities intervened, removed her from the harm and placed her at Trust for Africa (TFA).

As a teenager, Mamello, like many other adolescents in care facilities, worried about her future if no family could be identified for her to become a part of. Without a safe family to belong to, she would be on her own without anyone to protect her or care for her.

During her time at Trust for Africa, Mamello became an active member of her church’s youth programs. Her response to the need for a forever family was to pray fervently for a miracle.

God answered Mamello’s prayer but not in a manner that anyone expected.

An uncle began to visit when he came to town. As a shepherd working in the mountains, his prolonged absences due to work did not meet the government’s criteria for family placement. Regardless, they developed a sweet bond, valuing their family connection.
We learned that years ago a local family had unofficially fostered Mamello’s uncle.

They continued to accept him as a part of their family even after he became an adult. This was not unusual in the age-old traditions of Lesotho before the overwhelming impact of the AIDs epidemic.

When TFA’s social worker learned about the uncle’s foster family, she travelled into the mountains to visit and tell them about Mamello. This family of committed faith also prayed, then felt led to becoming an official foster family for Mamello. We walked them through the formal processes and they are now her government sanctioned foster family.

Years ago, they took in a boy who was being abused by his mother. Little did they know their compassion would also be the answer to a girl’s prayer years later.

Theirs is a beautiful example of a foster family who became a forever family—not only for the uncle but for his niece as well.

Your generous support directly funds our work with children and families in Lesotho.

© Trust For Africa.
All rights reserved.

Stay in the loop!