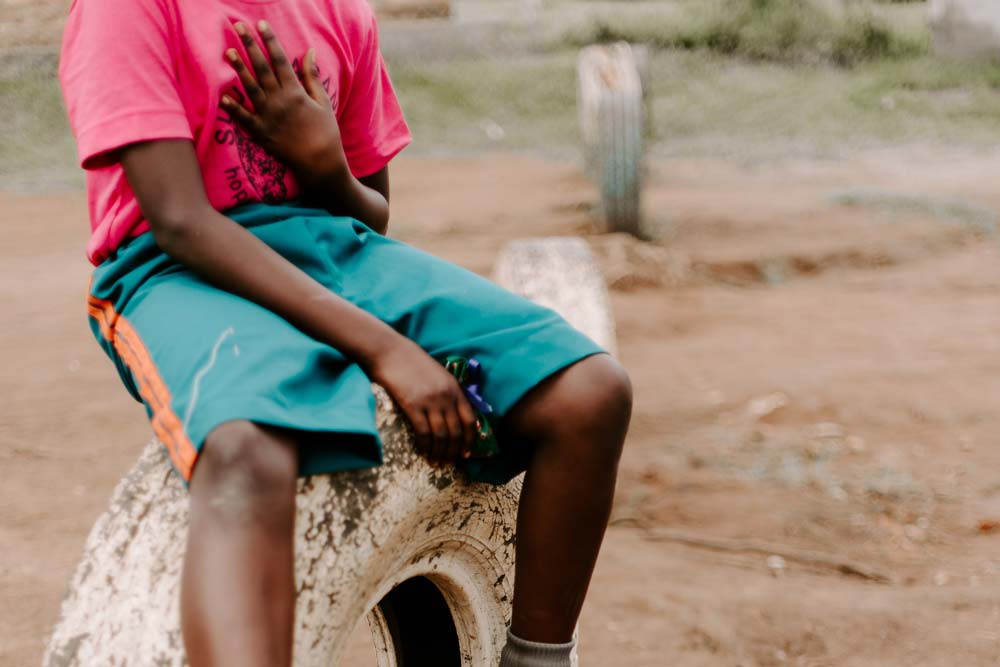 The sun shines in the mountain villages of Lesotho where the cultural traditions of strong families also break through and shine, even in the midst of tragedy. This is the story of Sam*, a boy who became a man before his time.

What Sam and his three siblings endured can be difficult to grasp. During a cherished Christmas holiday, their father was murdered. Soon afterward their mother abandoned them. An infant, a toddler, a 6-year-old and Sam were left in the care of their grandmother—who sadly died soon afterwards.

Only ten years old, Sam dropped out of school and spent the next few years caring for his younger siblings.

Although they received some help from neighbors and extended family, their situation was complicated. Lesotho is a country of laws as well as age-old traditions.

Despite abandoning them, their mother refused to assign parental rights to anyone else. When MOSD (the government’s child welfare division) was notified, Sam and his three siblings were brought to Trust for Africa (TFA).

At TFA we provided counseling, love, and care for this precious family. Sam enrolled in school and worked diligently to make up for the time he’d lost. Our reunification program was also set in motion.

TFA’s primary purpose with reunification is to determine if children in crisis have extended family willing to embrace caring for them. Never a simple process, we learned Sam’s father’s family needed our help getting through the obstacles created by their mother.

Our efforts involved working with the local village chief and leaders as well as government agencies. We also counseled the relatives to help them prepare for reunification.

During a counseling session, we learned that an uncle had recently dreamt of his deceased brother asking him where his children were.

We then arranged several supervised visits for the children. This involved considerable travel but is part of the necessary investment in the reunification process. Finally, the MOSD approved the children’s placement with their extended family.

A year later we continue to follow up. Hope shines brightly for Sam and his siblings who are doing well. There have been—and will continue to be—some cloudy days. However, we are grateful these children can grow up in the security of their family and community, where they know they are loved, safe, seen and supported.

Your generous support directly funds our work with children and families in Lesotho.

© Trust For Africa.
All rights reserved.

Stay in the loop!